During the 133rd Subscription Concert from May 13th to 15th, donation boxes are set up in the Grand Hall Foyer as part of the  "Emergency support project for Ukraine" carried out by Hyogo Prefecture. The donations collected in this project will be used to support livelihood of Ukrainian evacuees, etc. during their temporary living in Hyogo.

At the open rehearsal on May 12th, a donation of 177,675 yen was collected. In addition, on Friday May 13th, Motohiko Saito, the director of the Hyogo Performing Arts Center and the governor of Hyogo, also called for donations in the foyer and received a donation of 696,284 yen.
All donations will be donated to the "Emergency support project for Ukraine" by the Hyogo Performing Arts Center. Thank you for your cooperation.

※Updated on May 14th
We received a donation of 837,254 yen on Saturday May 14th. Thank you for your cooperation. 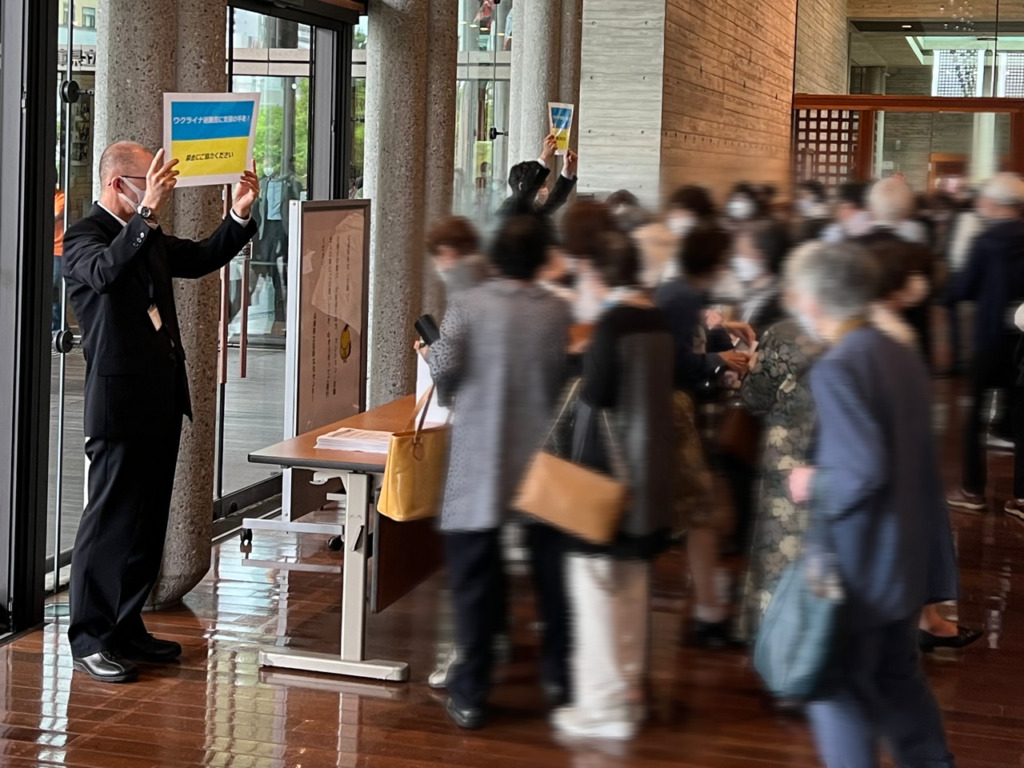 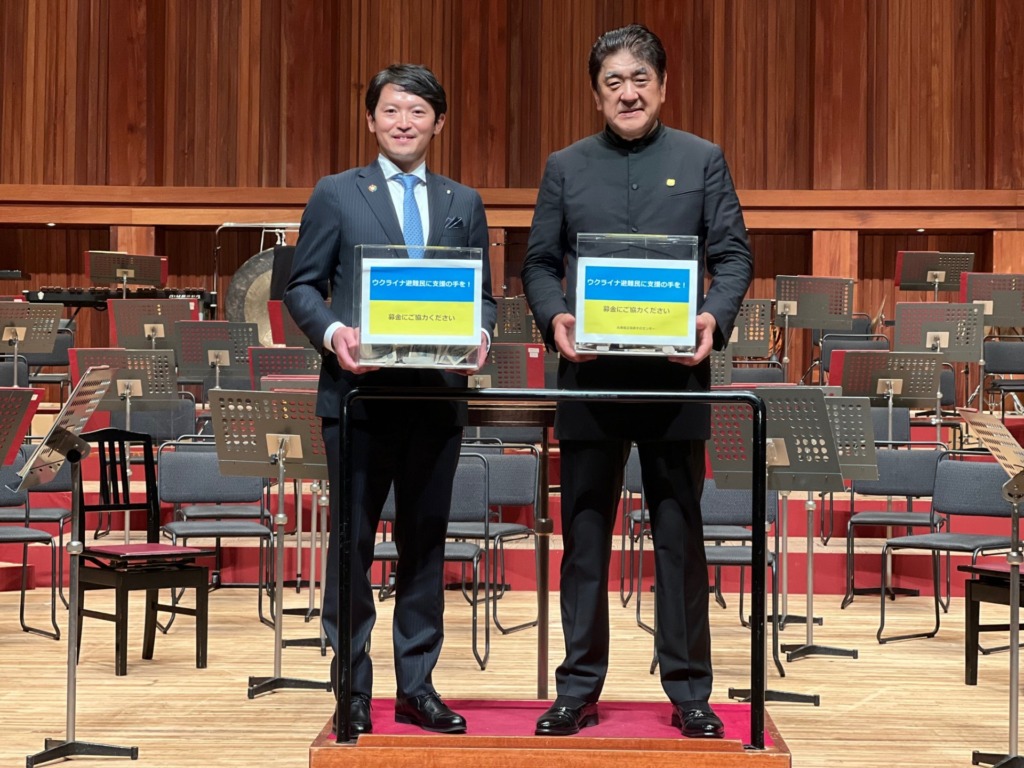