The birth of the Hyogo Performing Arts Center

On January 17, 1995, the Hanshin and Awaji region, in which the city of Kobe (pop. 1.5 million) is located, was hit by a great earthquake. The Great Hanshin-Awaji Earthquake claimed the lives of over 6,400 people and caused serious economic damage estimated at 9,926.8 billion yen. But even while experiencing difficulty accessing just the bare necessities, residents in the stricken region renewed their awareness of the special role that cultural and artistic events had played in their lives.
During the decade following the great Hanshin-Awaji Earthquake of 1995, the courage, persistence, and compassion of Hyogo’s local residents brought about a miraculous renewal of the devastated region. Embodying the hope for a bright future for the community, the Hyogo Performing Arts Center (HPAC) opened in 2005 as a symbol of the spiritual and cultural rebirth of the region. HPAC has now established itself as Japan’s leading cultural institution attracting both domestic and internationally renowned performing art groups to its stages. In August 2019, 14 years since the inauguration, it has proudly welcomed its 7 millionth audience. 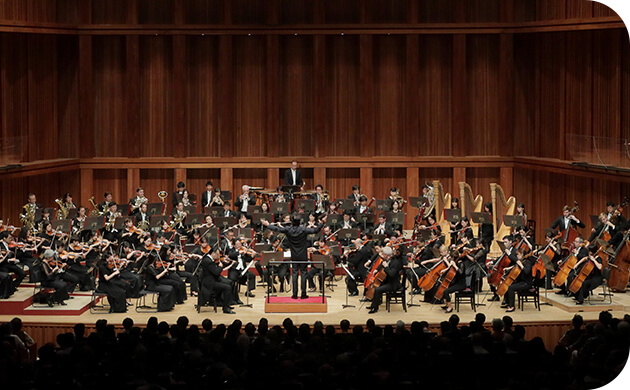 The birth of the Orchestra

The Hyogo Performing Arts Center Orchestra (HPAC Orchestra) has been established as a resident orchestra exclusively affiliated with Hyogo Performing Arts Center under artistic direction of Yutaka Sado. During a three-year term, 48 international core members under the age of 35 engage in a variety of performance opportunities including full orchestra and chamber orchestra concerts, a fully-staged opera, and chamber ensemble performances of standard and modern repertoire. They are joined in these performances by leading conductors, guest players and coaches from around the world. The HPAC program offers professional development for Core Members through master-classes and private lessons with visiting artists. 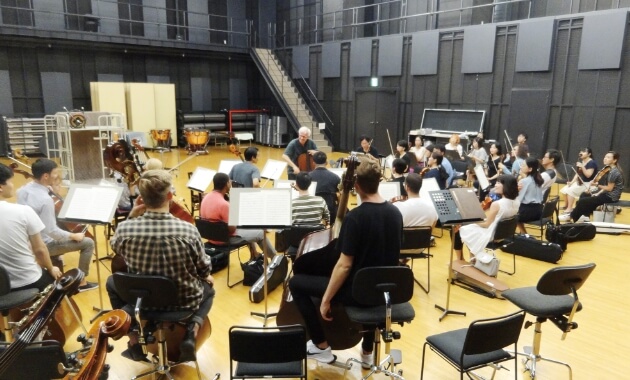 The Hyogo Performing Arts Center has opened as a symbol of the psychological and cultural rebirth of the region. The Center is a new hub of artistic and cultural activities, with its three state-of-the-art halls-the Grand Hall (2,001 seats), the Theater (800 seats), and the Recital Hall (417 seats)-capable of accommodating concerts, operas, ballets, plays and various other performing arts events. The internationally known conductor Yutaka Sado serve as the Artistic Director and the Artistic Advisor, respectively. Concurrently with the opening of the Center, the Hyogo Performing Arts Center Orchestra, an ensemble of young, brilliant professional musicians selected by Mr. Sado through competitive worldwide auditions, was established. His intent is to create an international orchestra with the “freshest” talents in the world.
By organizing various programs, offering its facilities to the public, and presenting a wide range of cultural activities, the Hyogo Performing Arts Center aspires to expand the network of artistic interactions and creative activities within Japan and throughout the world.

Three Fascinations of the HPAC orchestra

Exclusively affiliated with the Center, the Hyogo Performing Arts Center Orchestra performs concerts in the Grand Hall conducted by its Artistic Director Yutaka Sado and other internationally acclaimed conductors and featuring soloists. Regular concerts offer interesting repertoire, including baroque, romantic and contemporary music. Other special concerts feature familiar pieces appealing to people of all ages. Recital Hall, performances include chamber orchestra and chamber music concerts, featuring a broad repertoire with various instrument combinations. In addition, the orchestra provides music appreciation concerts to first-year junior high school students in Hyogo Prefecture, and conducts outreach activities outside of the Center to interact with local residents, so that musical culture will take firm root in the local communities.